The origin of Advocaat
The origins of the “advocaat” are unclear. But, some say it’s derived from an alcoholic drink that Dutch colonists made from avocado. However, others, place advocaat origins more recent with the name coming from the Dutch for “advocate”, being originally considered a lawyers drink.

Avocado:
The Oxford Companion to Sugar and Sweets said the origin of “advocaat” lie with Dutch colonialists trying to imitate the creamy mixture of avocado (“advocaat”) pulp, cane sugar, and rum they had been offered in Brazil, substituting egg yolk for the exotic fruit.

Even though we haven’t seen a credible citation or source of any old avocado-based beverage from Brazil, avocados made the trip from Central America (and Mexico) to the Caribbean right around the same time as the Dutch were colonizing there (and in Suriname and Brazil) in the early 17th 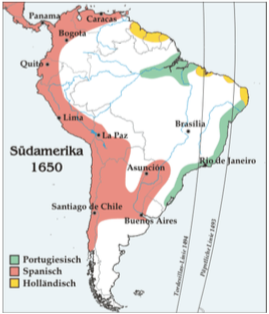 century. They most definitely would have come in contact with the avocados by 1654. Also, in the decade of the 1620s, rum production was recorded in Brazil.

Dutch texts from the 17th century describe a yellow- coloured drink popular with sailors of the period and made in the Dutch Antilles (Dutch Caribbean Islands) from an avocado flesh mixed with alcohol. Indeed, Sir Hans Sloane, an Irish naturalist is believed to have coined the word “avocado” in 1696, when he mentioned the plant in a catalogue of Jamaican plants. He also called it the “alligator pear-tree”. The name of the fruit ‘abacate’ in Portugese had already evolved to advocate by Portugese colonist in Brazil, then became advocaat in Dutch (source: Simon Difford).

The long way by sea made import of the avocado fruit impossible, and the small trees just wouldn’t flourish in European climates. But by what could the creamy yellow, butter smooth avocado flesh be substituted? People therefore started looking for a substitute for the creamy yellow flesh of the fruit. A liqueur-fond Dutchman named as Johannes Cooymans was the first experimenting with eggs and brandewijn (brandy) and is considered as the inventor of “Advocaat” liqueur (around 1825).

Lawyer:
Advocaat is the Dutch word for “lawyer”. As the name of the drink, it is short for advocatenborrel, or “lawyer’s drink”, where “borrel” is Dutch for a small alcoholic beverage consumed slowly during a social gathering. According to the 1882 edition of the Woordenboek der Nederlandsche taal (Dictionary of the Dutch Language), it is “zoo genoemd als een goed smeersel voor de keel, en dus bijzonder dienstig geacht voor een advocaat, die in ‘t openbaar het woord moet voeren” (“so named as a good lubricant for the throat, and thus considered especially useful for a lawyer, who must speak in public.”

Go to our “By the Dutch” Advocaat by clicking HERE.